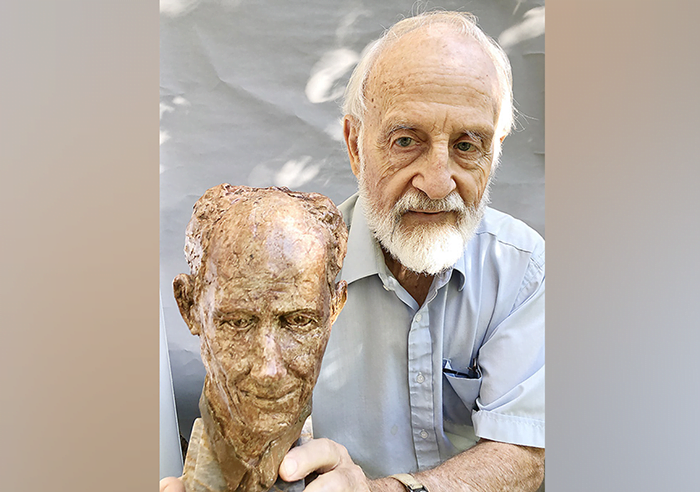 The latest addition to the Ernie Pyle WWII Museum is a bust of the renowned correspondent created by journalist-turned-sculptor David Ross Stevens.

Stevens graduated from the University of Iowa with a degree in journalism.

“I became a journalist only eight years after Ernie died,” Stevens said.

Stevens started his career as a roving feature writer for the Telegraph-Herald in Dubuque, Iowa, and then became a wire editor. He spent two years as a managing editor in Henderson, Kentucky, before moving on to the Courier-Journal in Louisville. At the CJ, he was the paper’s first investigative environment writer.

Stevens said he always had a latent interest in art. He considered the act of building his own solar house a creative venture — almost like sculpture — and decided he wanted to do more things like that.

“I happened to be friends with a bunch of artists. In my 40s, that’s when the turning point came,” said Stevens who took his first drawing class at age 46.

“I hadn’t touched a piece of clay before age 50,” said Stevens who makes his home in southern Indiana with his wife, Rose.

Stevens said most of his pieces are commissions but he did Pyle on his own initiative and then decided to donate it.

“That was just a fun thing for myself since I had been in journalism,”  he said.

The artist has a variety of sculptures and busts displayed in public places. In Indiana, his work includes renderings of abolitionist Frederick Douglass at Division Street School in New Albany; Supreme Court Justice Sherman Minton in the Floyd County Public Library; Lucy Higgs Nichols, an escaped slave who served as a nurse for the Union Army during the Civil War, at the Carnegie History and Art Museum in New Albany; and a full-body bronze of golfer Fuzzy Zoeller at his course in Sellersburg.

Stevens said he has become a big fan of Pyle’s writing and can relate him to people he knew growing up.

“A half dozen guys within site of our house were in WWII and they were all the kinds of guys Ernie was writing about — the sergeants and corporals and privates.”

Stevens said the bust he’s donating to the museum is about 10 inches high and was done using cast stone.

The method was new to Stevens when he created the piece. It involves mixing a powdered marble material with a catalyst and water.

“I had made him in clay then made a rubber mold around the clay. I took that rubber mold and pressed this new cast stone into it and out came Ernie Pyle — and I was so pleased.” 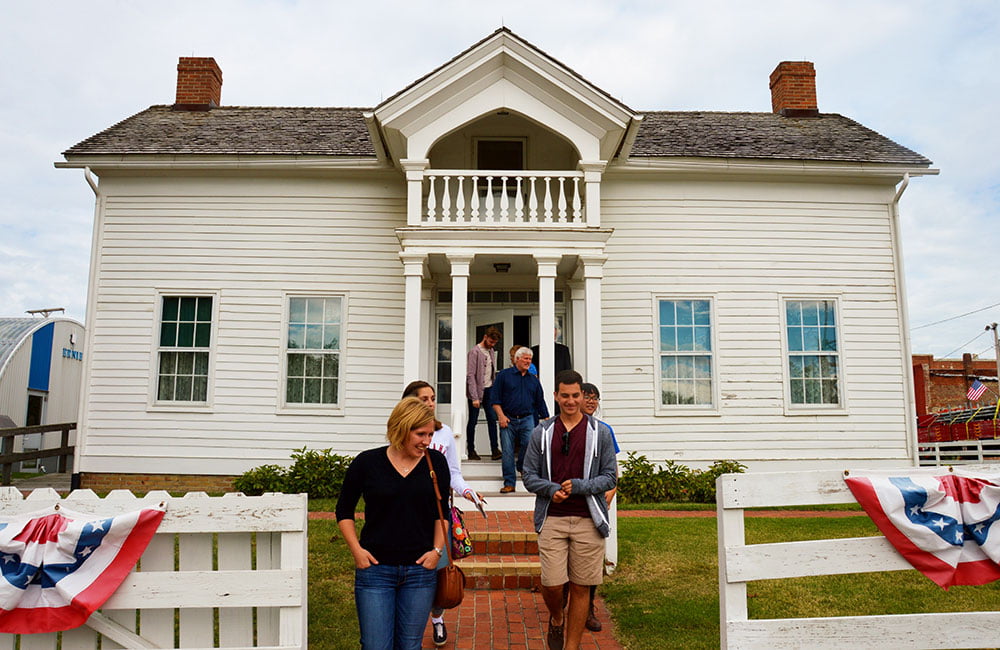